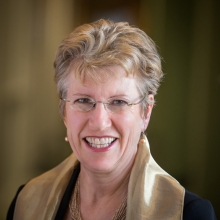 With more than 600 attendees, including leading researchers, policy experts, public health officials, and practicing clinicians presenting alongside top-tier national health and medical reporters, it was hard for me, as a former reporter, to choose which sessions to attend. Key issues on the agenda included: concussion, substance abuse and addiction, maternal and child health, and the always-popular session on reporting about medical studies.

U.S. Surgeon General Vivek H. Murthy, M.D., the keynote speaker, focused on the nation’s opioid crisis. Dr. Murthy made news when he announced he would release his first Surgeon General’s Report in the next few months on substance abuse and addiction. “Addiction is not a moral failing, it is a chronic condition,” he said. “We need to reduce the stigma,” offering treatment and compassion, not judgment and rebuke.

Murthy injected some humor, saying he travels across the country speaking about his priorities. Most people, he said, know who he is, but have no idea what he does. He said he often has been mistaken for an airline pilot in his Commissioned Corps uniform.

In another session, current and former National Football League players, as well as an ESPN producer, engaged a crowded room of reporters in a riveting discussion on the long-term effects of head trauma. The National Institute of Neurological Disorders and Stroke is leading the research into chronic traumatic encephalopathy, the term used to describe brain degeneration found in athletes with a history of repetitive head trauma.

Former Cleveland Brown Pro Bowler Josh Cribbs said he has been knocked unconscious too many times to remember. Cribbs recounted a recent medical workup, including a scan that revealed a healthy brain…for a man in his 50s.

“For years the NFL has discredited the science,” Bray said. “Now they’re trying to reshape the studies.”

Responsible Reporting from Ebola to Zika

A panel of medical professionals and academic researchers from the Cleveland region headlined another session in which they highlighted some of the lessons learned—for both doctors and reporters—from the Ebola outbreak. The key takeaway was to emphasize the facts that are known and to minimize panic.

After a look back at the top health stories of 2015 and a look forward to the hot topics ahead in 2016, I am marking my calendar for #AHCJ17.

Thanks for sharing the discussions at the conference. The media's engagement with health topics benefits us all.
Permalink