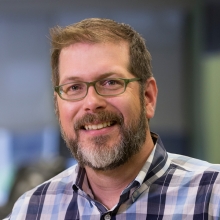 I do what the watch tells me to do.

Throughout 2 weeks of wearing an Apple Watch, I learned that if I paid attention to nudges and vibrations from the watch, I would feel more physically fit, productive, and social. Like so many others, I rely on my iPhone to remind me of my next appointment and send friendly reminders of my day’s to-do list. I find myself awkwardly digging my phone out of my pocket to check on the latest notification—a meeting in 15 minutes, a missed call, or a Twitter mention. The Apple Watch delivers those same notifications, but its default watch face demands a focus on only the next meeting or the most pressing message. 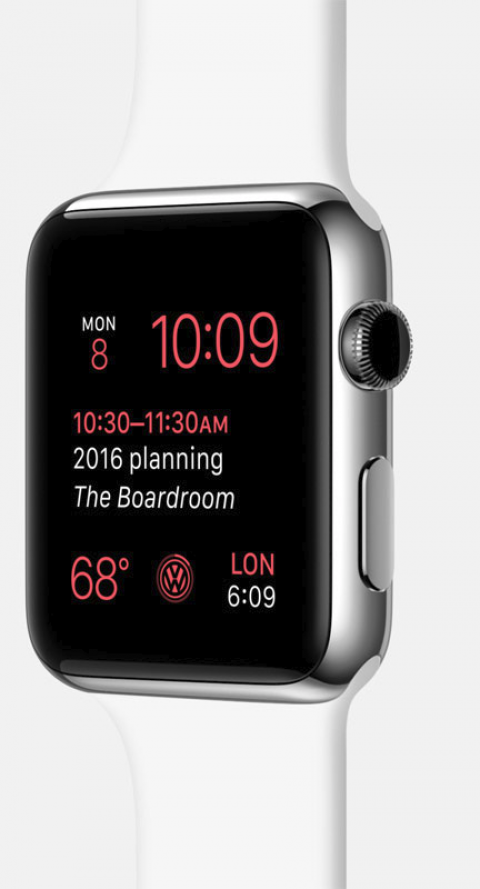 A missed call from mom? Yes, definitely. A Facebook friend request? Not so much. The result of that prioritization is that my iPhone rarely left my pocket and, in social situations, I could discreetly respond with a glance to the watch’s tap on the wrist, keeping me in the flow of the conversation. Rather than being yet another distraction, the watch kept me more connected to the people around me. The watch was on me rather than with me, which makes a huge difference.

One of the best apps on the Apple Watch is the Activity Rings, which “gamify” daily the fitness goals of standing every hour, moving to reach a personalized calorie goal, and exercising for 30 minutes a day. 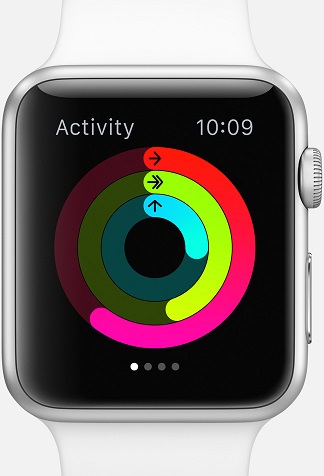 At first I was skeptical, but within a few days of (frankly) obeying the watch, I found that the aches and pains that come with age and a deskbound office job had melted away. Seeing the Activity Rings grow from tiny arcs into curves and then full circles encouraged me to stand when it asked me to stand, to take the stairs, and to go for a nightly walk after dinner. Simplicity, really.
I felt accountable to the watch in a way that I never felt toward my old belt-clip pedometer or early generation Fitbit.

It nods toward fashionable—almost too fashionable. With its sleek design, the Apple Watch is the first wearable that feels like a piece of jewelry and not a rubberized plastic bracelet. It feels comfortable on the wrist and, after years of not wearing a watch, slipping on the Apple Watch quickly became part of my morning routine. I could never say the same about my Fitbit, which I often forgot or grudgingly strapped on as I ran out the door in the morning. However, the dual impulse of the Apple Watch works to its detriment. It’s not quite elegant enough to replace my classic Timex, but it doesn’t feel rugged enough to take a beating like other fitness-focused wearables. At $350, the watch is a luxury. Although I had no problem taking the watch out on the golf course or to the gym, I can’t see myself wearing it hiking up Old Rag Mountain. It feels too fragile.

Apple’s “and one more thing” is often a sector-defining product—the iPod, the iPhone, the iPad, and now the Apple Watch. Strangely, that redefinition is often not immediately clear. We forget that the first iPod was slow and clunky, or that it took 18 months for the iPhone to come into its own, helped in large part by the explosion of the App Store. Apple has a well-deserved reputation for being a walled garden, but the developer community has shown a knack of working within those constraints to deliver surprising and delightful experiences. What will the watch be in 18 months? I am curious to find out.