Fit vs. Fab — Is the Fitbit Surge or the Apple Watch Better for Tracking Your Health? 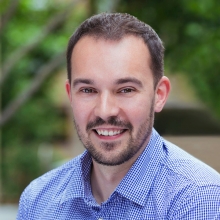 Which watch is better for tracking your activity? Let’s discuss.

Having spent some time with two smartwatches, the Fitbit Surge and the 42mm sport version of the Apple Watch, I realized I don’t move as much as I should in a given day. I often found myself several thousand steps shy of my goal of 10,000 steps a day. But these activity-tracking watches, plus some friendly competition from my coworkers, proved to be a great motivator in getting me high stepping down the street. 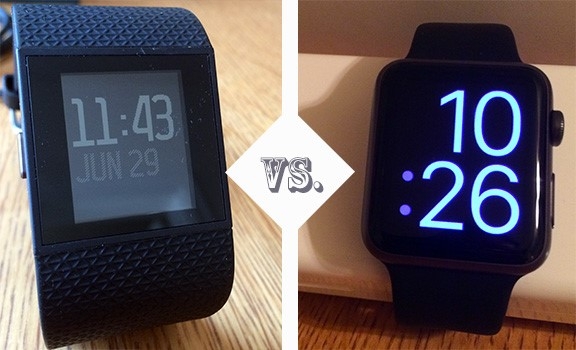 But which watch is better for tracking your activity? Let’s discuss.

Personally, I found the Apple Watch to be much more comfortable to wear than Surge. The Surge has a large watch face with a somewhat inflexible strap that I found restrictive and uncomfortable to wear over a long period of time. The thickness of the Surge, almost twice that of the Apple Watch, meant that it got caught on coat sleeves and backpack straps as I went about my daily activities. I found myself trying not to embarrass myself on the Metro as I attempted, and sometimes failed, not to get tangled in my coat. This annoyed me enough to write an entire paragraph about it!

Winner: Apple Watch. The Fitbit Surge felt like an uncomfortable manacle on my “dainty” wrist.

Both the Surge and the Apple Watch tout themselves as “sport watches.” I sweat a bit when I work out. When accessing the touch interface on the watches during my workouts, I found that I frequently had trouble when using the Apple Watch with my sweaty fingers. This led to some frustration as I was trying to pull up the music app to skip through tracks while out for a run. With the Surge, however, I didn’t have any issues when swiping through its screens while sweating profusely.

The Surge also seems a bit more durable than the Apple Watch. While this was something I didn’t actually test, my guess is the Surge would stand up to more punishment over time.

Winner: Fitbit Surge. The touchscreen still works when sweat starts to collect and can take the beating it gets when I am at the gym or when running in the rain.

Both the Apple Watch and Surge have heart rate monitoring. Making sure I hit my peak cardio a couple times during my workouts may be good for increasing my overall endurance, but I’m not really sure what to do with the data. A quick Internet search showed that heart rate monitoring during exercise is most valuable for elite athletes trying to pace themselves.

Winner: Draw. This is a feature that will only matter to a very select group of people. Most people will be curious about their heart rate data at first, but will lose interest when they realize the data provided are not actionable.

It took me a while to get used to the Apple Watch interface. Even after 2 weeks, I was still hitting the wrong button when trying to access the app menu. That aside, I really liked the simplicity of some of the apps. For example, the Nike+ app one-button interface allows you to start tracking your run in seconds. 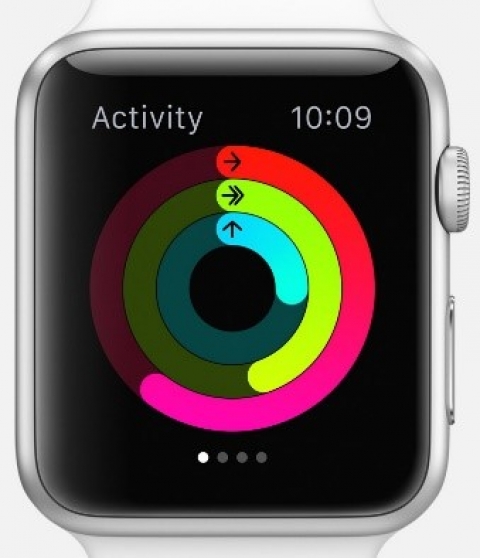 The Apple Watch also allows you to set activity goals that will be tracked throughout the day. Your progress is displayed in colorful rings that get closer to completing their circle as you near your goal. While this looks pretty, the measurements used to track my activity seemed really abstract. As someone who uses distance, time, or repetitions to track fitness gains, setting a daily calorie burn goal from physical activity was not intuitive. How many miles would I need to walk to burn 1,000 calories? While I struggled to conceptualize calorie burning, the hourly reminders to stand up and move around for a few minutes were great.

The Apple’s fitness tracking app focused on cardio, lumping everything else into the “other” category. Weight lifting is a part of my routine, and one that I thought was fairly common, so I found it odd this was not one of the choices. The Nike+ run tracking app data didn’t sync with Apple’s Health app, so my runs weren’t counted toward my daily physical activity goal.

The Fitbit Surge watch interface is pretty straightforward. With a few swipes, you can see how many steps you’ve taken, distance walked, and an estimated number of calories burned during the day. Being able to quickly see the number of steps is an incredibly powerful reminder to get moving. Steps and distance are two metrics I found really simple to understand, making it very  easy to know exactly what I needed to do to reach them (move more!).

This also ties in nicely with Fitbit’s online dashboard. You can quickly and easily see your activity for a given period of time, monitor your weight with the Fitbit scale (or manually enter it), and compete against your friends to be the most active. Competition made the Fitbit a lot more fun, and sharing my stats with others helps keep me honest. 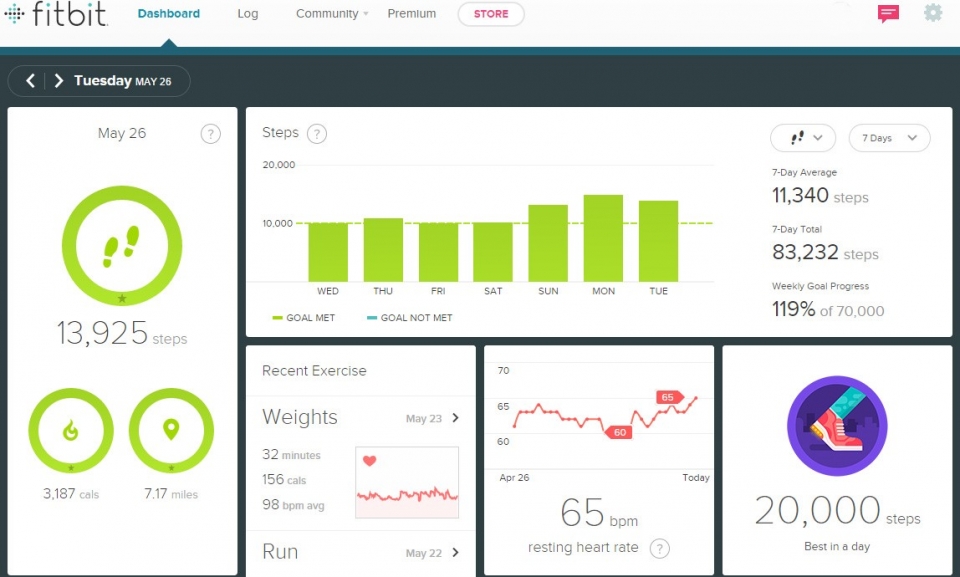 It’s no surprise that the Apple Watch has a lot more functionality than the Fitbit Surge. The Apple Watch is meant to be a diverse, customizable accessory. However, the Surge has a single purpose—to help you track your activity—and it does this really well.

As I mentioned earlier, I’ve been using the iPhone Nike+ app for several years. Since I run with my phone, I found that I don’t need the GPS unit built into the Surge. I also found that Surge’s GPS unit took a while to start working, whereas the Nike+ app on my iPhone kicked in immediately. While I understand that these devices use two different technologies to track location, I found myself impatiently waiting for the Surge to sync with the satellites in the sky.

If you don’t want to run with your phone but do want to track your route, the Surge comes out ahead. It has a built-in GPS unit. The Apple Watch uses your iPhone’s GPS unit to determine location, so your phone has to come with you.

While both watches will display text messages on your wrist, the Apple Watch displays most notifications so you don’t have to take your phone out of your pocket. I loved getting meeting notifications on my wrist—it saved me several times.

While the Apple Watch has loads of options and a gorgeous display, Fitbit did a better job at motivating me to walk by providing online dashboards and connecting me with a community of health conscious people. As an activity-tracking device, the Surge does a great job displaying your daily progress to keep you moving. Step counting is a very simple metric to understand, and there is some efficacy in letting people know they are only 1,000 steps away from their goal. While the Apple Watch excels at being versatile, the Fitbit’s health ecosystem is better suited to tracking activity and health.

In the end, I came to the conclusion that these smartwatches are nice to use, but they haven’t quite made it to the point of being “must-haves.”

It’s up to you to decide if you want a single-use device that’s really good at tracking your physical activity or a smartwatch with lots of apps that’s still finding its feet in the fitness world.

Interesting reading. And I agree. I like my fitbit!
Permalink

Good article John. I got an Apple Watch for Christmas and started using it to track fitness in place of my Fitbit HR. Although the Aplle watch is a sexier look, the Fitbit seems more durable, and I like the dashboard too. I'm still learning the Apple Watch, but I will probably go back to the Fitbit for the serious, sweaty workouts.
Permalink