May is Stroke Awareness Month 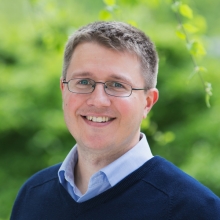 Stroke is No Joke, But When Managing Your Risks, Humor Comes in Handy

Every awareness campaign has its go-to set of key messages, and Stroke Awareness Month is no exception. Since 1989, when President George H.W. Bush proclaimed May as Stroke Awareness Month, organizations such as the National Institute of Neurological Disorders and Stroke (NINDS) join together each spring to emphasize that, along with being able to identify a stroke, it’s crucial to know how to manage your risks (e.g., eat well, exercise, don’t smoke). It’s a familiar lineup of suggestions to many. The trick is mustering the energy and enthusiasm to follow through on them.

Not every aspect of improving your health has to be a grueling slog, though. As it turns out, one helpful step could be as easy as flipping on Comedy Central.

According to research, bouts of laughter can do more than make your face red and your sides ache.1 Evidence suggests that laughing can reduce your stress levels, help you tolerate pain, boost your immune system, and help lower blood pressure.

It’s that last item that makes May the perfect time to enjoy your favorite comedy. Not only is blood pressure management a key concern in NINDS’ stroke awareness materials, but it’s also the focus of the Institute’s latest campaign.

The goal of NINDS’ new Mind Your Risks initiative is to drive home the findings of recent research: having elevated blood pressure when you’re middle aged can increase your risk of stroke, as well as cognitive impairment and dementia, later in life. As a proud and longtime ally of NINDS, IQ Solutions is working with the Institute to promote this campaign and make the public aware of the significant health risks it addresses.

High blood pressure is the most important preventable risk factor for stroke—a point stressed by Mind Your Risks resources and other NINDS materials.

If not kept in check, high blood pressure can lead to wear and tear on your brain’s blood vessels, affecting your body’s ability to properly tend to nerve cells. This can lead to multiple “silent” strokes—the type that don’t display immediate symptoms, but are linked to the development of cognitive decline and dementia in the long run.

Before you greet that information with a sense of worry, though, just remember: this is a time for humor, and all the health-boosting perks that come with it.

Laugh, and the world laughs with you…

In the spring of 1998. Dr. Madan Kataria, founder of the worldwide Laughter Yoga movement, just knew that the act of laughing brought with it a “joy cocktail,” benefitting the body in a way that was not only effective but infectious. His goal was to have a day to focus on the benefits of his Laughter Yoga methods and bring people together in a positive way. The first Sunday of May, he decided, was to be World Laughter Day.

Although it doesn’t appear on many U.S. calendars, the holiday—like Dr. Kataria’s movement—has gained momentum over the past 18 years. The website of the self-professed Laughter Guru mentions that his efforts have led to more than 6,000 laughter clubs in more than 100 countries, sparking World Laughter Day celebrations around the world when early May rolls around.

Science seems to lend credence to Dr. Kataria’s views and makes his holiday a fitting addition to Stroke Awareness Month. Studies have shown that while blood pressure rises in the midst of a laughing fit, “cessation of laughter is followed by brief decrease of pressure to varying levels slightly below the pre-laughter baseline.”2

Evidence also suggests that laughter can decrease stress hormones and fend off heart disease.3 The only drawback might be its lack of staying power. As far as researchers can tell, the vascular benefits of laughter last only about 24 hours,4 so if you’re really after a payoff, you may need to incorporate funny YouTube videos into your daily routine. 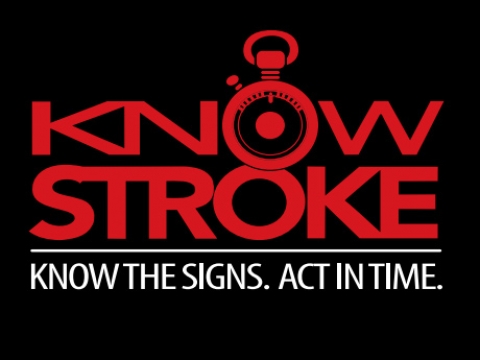 Even if you can’t work up a full belly laugh, no worries. Science has shown that even forcing a smile can be good for you. Using chopsticks, researchers at the University of Kansas had the participants of one study hold their faces in one of three positions: a neutral expression, a standard smile, or a big genuine “Duchenne” smile (the kind that involve the muscles of the mouth and eyes).5 They then subjected participants to stressful activities and monitored their heart rates and stress levels.

If you’re noticing a trend to this piece, you can probably guess the results: those who smiled had lower heart rates during stress recovery than those who didn’t. Genuine smiles worked best, but even those with grins held in place by sticks reported feeling better. And remember, that’s just from smiling. Imagine what doubling over with laughter, thanks to a Chris Rock bit, would do.

Is laughter the “best medicine?” Maybe not always. But as the evidence shows, laughter and its benefits are no joke.