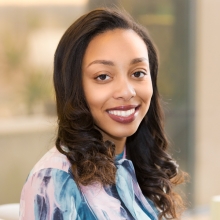 April marks STD (also known as STI—sexually transmitted infection) Awareness Month, an annual month-long observance intended to increase public awareness surrounding the prevention, testing, treatment, and impact of sexually transmitted diseases in the United States.  The STD Awareness Month 2016 theme is “Test. Talk. Treat.”1 Because STDs are still highly stigmatized, STD Awareness Month promotes healthy conversations about sexual health and provides the perfect opportunity to normalize routine STD screening. It is my hope that the content of this blog will inspire you to educate, motivate, and mobilize your communities and social networks to promote STD prevention all year round.

What are STDs (STIs)? 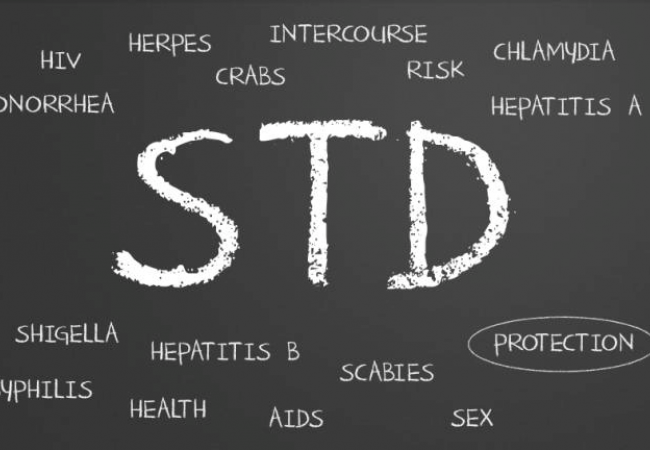 Examples of sexually transmitted diseases/infections include:

Besides abstinence, there is no 100% sure way to prevent STIs. However, latex condoms and vaccines for Hepatitis B and HPV can significantly reduce your risk of contracting a STI. If you acquire a STI, you MAY be able to treat and be cured of the infection. Commonly curable STIs include chlamydia, trichomoniasis, syphilis, and gonorrhea.

Even if you treat and become cured of a STI, you can become re-infected with that infection or another STI (or multiple STIs) if you continue to have unprotected sex or engage in other risky sexual behaviors. Other STDs like genital herpes, genital warts, Hepatitis B and HIV/AIDS are incurable.  In many cases, STIs are asymptomatic and many sexually active individuals are unaware that they have become infected. That is why routine testing is so important. If you know your status, you can seek treatment and/or become cured as well as take the necessary precautions to prevent further spread of the infection. On the other hand, remaining undiagnosed allows these infections to proliferate among your sexual network(s), MAY eliminate viable treatment options, and result in disease progression which can cause other serious illnesses. For instance, untreated gonorrhea and chlamydia, can lead to pelvic inflammatory disease, which in turn may lead to chronic pelvic pain, ectopic pregnancy, or infertility.2, 3 Another example is untreated syphilis that can become incurable and life-threatening if it progresses.4

The Epidemiology of STIs in the United States

For the first time since 2006, STIs—chlamydia, gonorrhea, and syphilis—are now on the rise.5 The CDC estimates a prevalence of 110 million total infections and 20 million new STIs annually in the United States, which costs approximately 16 billion dollars in healthcare expenses alone.6 Adolescents and young adults between the ages of 15-24 years old bear a substantial burden of these infections, although they represent only a fourth of the sexually experienced population. It is estimated that half of all new STIs occur among this population age group. Besides sexually active persons under 25, homosexuals, illicit drug users, alcoholics, and sex workers are far more likely to be infected with STDs than people in the general population.7 The remainder of this blog will focus on STIs among commercial and “survival” sex workers in the United States. It is my hope to shed light on the severity of STIs in such a delicate, important, neglected, illegal, severely stigmatized, and high-risk population.

In America, prostitution is unregulated and illegal, except in Nevada where it is state-regulated. However, it is one of the United States most lucrative industries, though most of it is happening behind closed doors. A sex worker is defined as someone who engages in the exchange of sexual activity for income, employment, survival (i.e. food and/or shelter), and drugs.9 These workers entail women and men from a vast range of socioeconomic groups, including high-end escorts, exotic dancers, masseuses, adult film stars, and women and men that have survival sex. Among the 42 million sex workers globally, it is estimated that 1 million of them reside in the United States.10

As a sex worker, the risk of acquiring HIV and other STIs is significantly greater by engaging in unsafe sexual activity, having multiple sexual partners, and/or substance use. The rates of STIs are from 5 to 60 times higher among sex workers than in general populations.11 In addition to higher rates of STIs, sex workers are often unaware of their infection status, further endangering their own health risks and increasing the risk of infecting others with HIV and other STIs. Surveys of female sex workers showed that 35 to 55 percent of them had engaged in unprotected commercial sex, and 10 to 35 percent never use condoms while engaging in commercial sex.12 Alarmingly, studies have shown that only 47% of female prostitutes are aware of their HIV status, less than 50% of these women had a health screening in the previous year, and on average had 17 sex partners per week.13 Although the latter statistics primarily focus on women, men too engage in prostitution and/or other sex work.

To date, population-based studies of sex workers in the US and abroad is lacking. Due to the underground nature, illegality, and stigmatization of the commercial sex industry, it is difficult to sum up exact statistics on sex workers and their contribution to STI rates. Nonetheless, there are many accurate generalizations that could be concluded based on these statistical approximations.

The efforts to prevent STIs are extremely challenging among sex workers, yet reaching this population is a crucial public health effort. In response to the high rates of HIV/STIs among sex workers, involving them in STI prevention and empowerment has shown promising results. Addressing the following could reduce the incidence and prevalence of STIs in sex workers:

Likewise, police harassment and abuse of sex workers is a major issue that needs to be addressed. Great effort on the part of the government, community organization, and law enforcement is necessary to create an environment where sex workers are able to protect themselves against STIs and easily access STI prevention, testing, and treatment services. In fact, the new WHO guidelines recommend that countries decriminalize sex work and improve sex workers’ access to healthcare.16

Furthermore, despite unprecedented levels of increased spending on STIs prevention efforts (largely focused on HIV), funding of programs geared towards sex workers remains under funded.17 It is imperative to the prevention and treatment of STIs among sex workers that funds be allocated towards the prevention programs and increased access to care needs of this specific population.

Lastly, most sex workers want to exit “the life,” but financial obligations, physical and emotional harm, exploitation, and survivorship make it difficult to leave. This population needs great support. If we cannot get them to leave the commercial sex industry, at most we can advocate for the usage of safe sex practices, routine health screening, and de-stigmatized access to healthcare to reduce the spread of STIs.